An Ensemble of Epoch-wise Empirical Bayes for Few-shot Learning

Few-shot learning aims to train efficient predictive models with a few examples. The lack of training data leads to poor models that perform high-variance or low-confidence predictions. In this paper, we propose to meta-learn the ensemble of epoch-wise empirical Bayes models (E3BM) to achieve robust predictions. "Epoch-wise" means that each training epoch has a Bayes model whose parameters are specifically learned and deployed. "Empirical" means that the hyperparameters, e.g., used for learning and ensembling the epoch-wise models, are generated by hyperprior learners conditional on task-specific data. We introduce four kinds of hyperprior learners by considering inductive vs. transductive, and epoch-dependent vs. epoch-independent, in the paradigm of meta-learning. We conduct extensive experiments for five-class few-shot tasks on three challenging benchmarks: miniImageNet, tieredImageNet, and FC100, and achieve top performance using the epoch-dependent transductive hyperprior learner, which captures the richest information. Our ablation study shows that both "epoch-wise ensemble" and "empirical" encourage high efficiency and robustness in the model performance.

Fig 1. Conceptual illustrations of the model adaptation on the blue, red and yellow tasks. (a) MAML is the classical inductive method that meta-learns a network initialization θ that is used to learn a single base-learner on each task. (b) SIB is a transductive method that formulates a variational posterior as a function of both labeled training data T(tr) and unlabeled test data x(te). It also uses a single base-learner and optimizes the learner by running several synthetic gradient steps on x(te). (c) Our E3BM is a generic method that learns to combine the epoch-wise base-learners, and to generate task-specific learningcrates α and combination weights v that encourage robust adaptation. 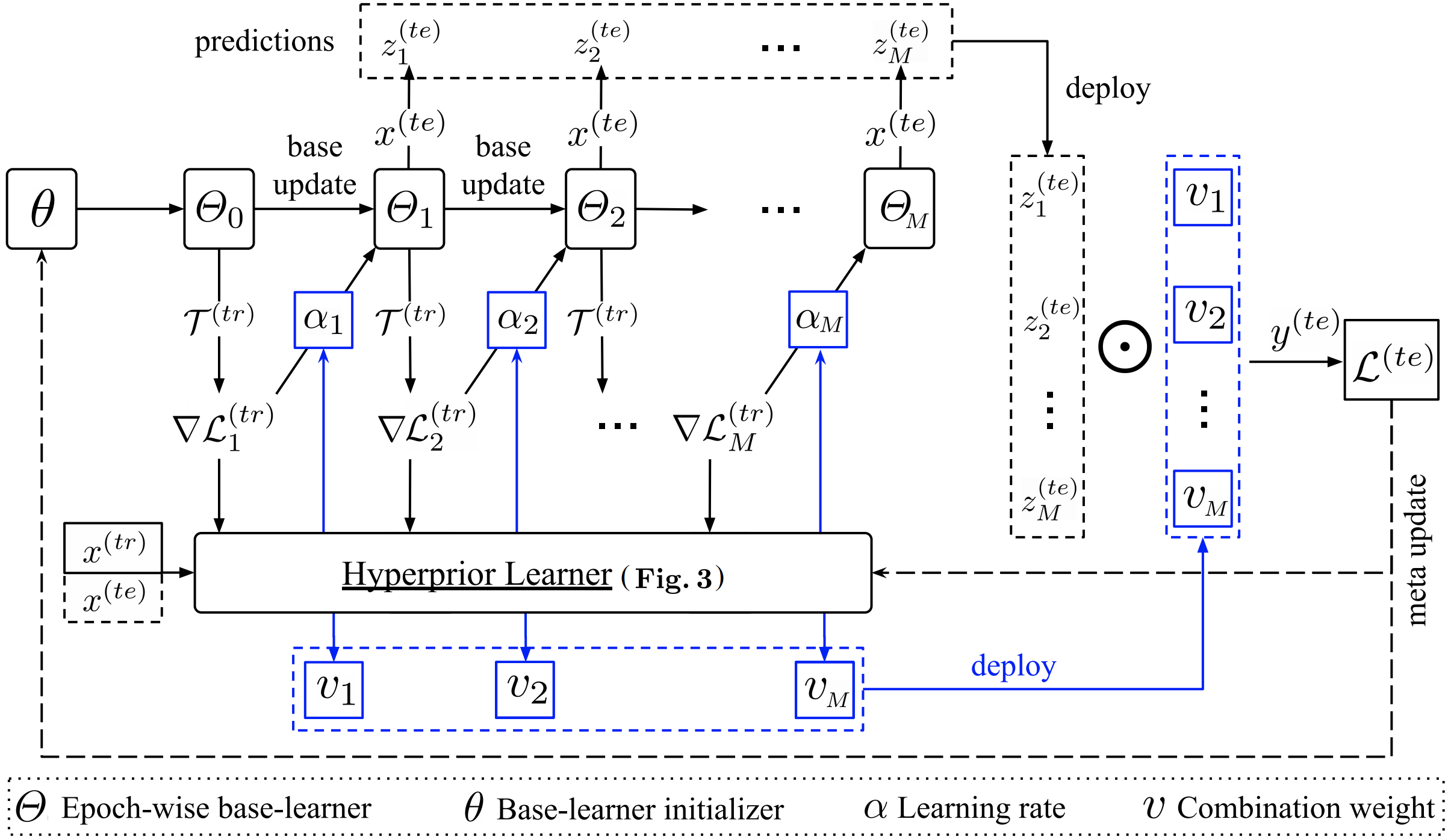 Fig 2. The computing flow of the proposed E3BM approach in one meta-training episode. For the meta-test task, the computation will be ended with predictions. Hyperlearner predicts task-specific hyperparameters, i.e., learning rates and multi-model combination weights. When its input contains x(te), it is transductive, otherwise inductive. Its detailed architecture is given in Fig. 3. 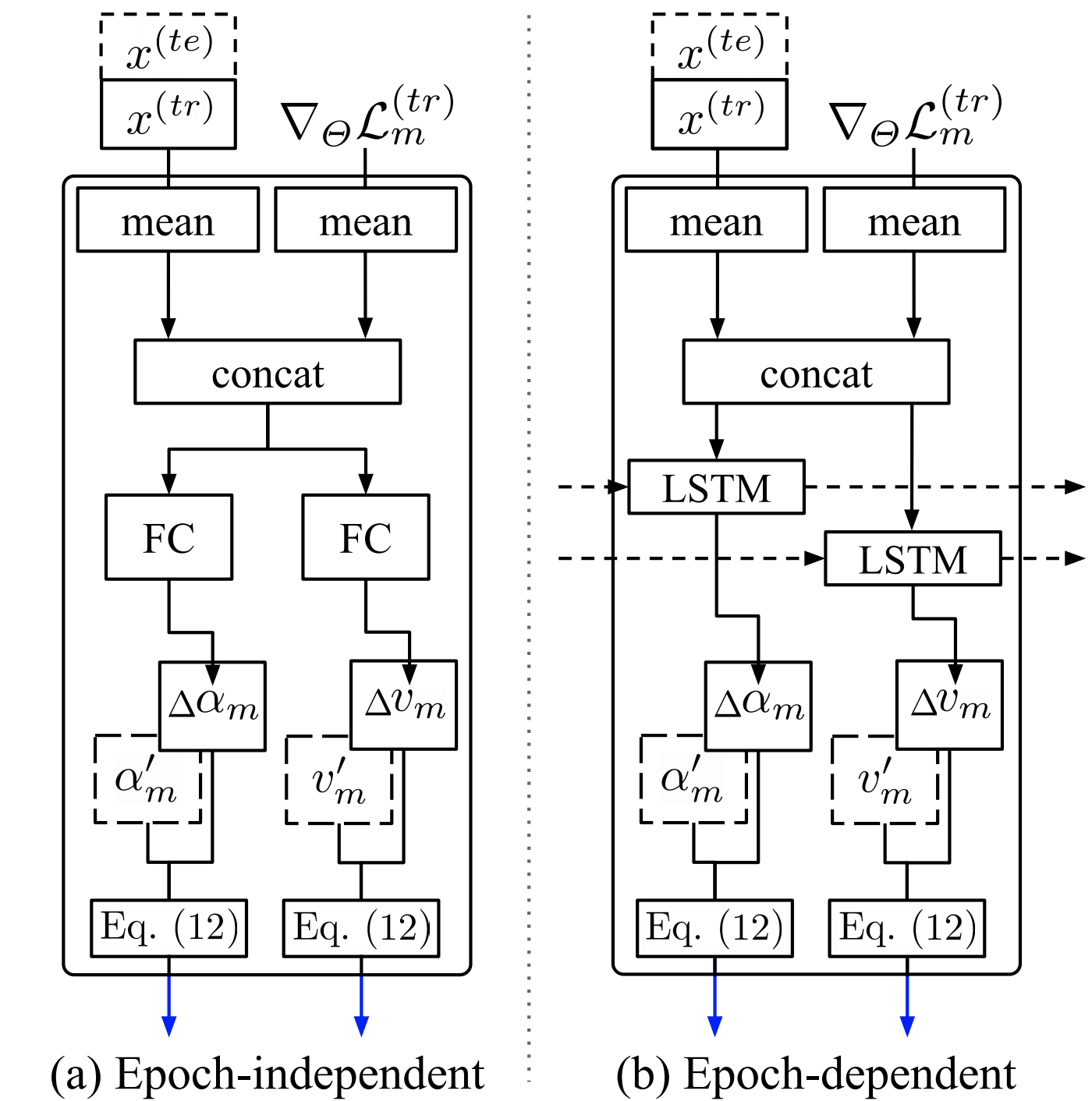 Fig 3. Two options of hyperprior learner at the m-th base update epoch. In terms of the mapping function, we deploy either FC layers to build epoch-independent hyperprior learners, or LSTM to build an epoch-dependent learner. Values in dashed box were learned from previous tasks. 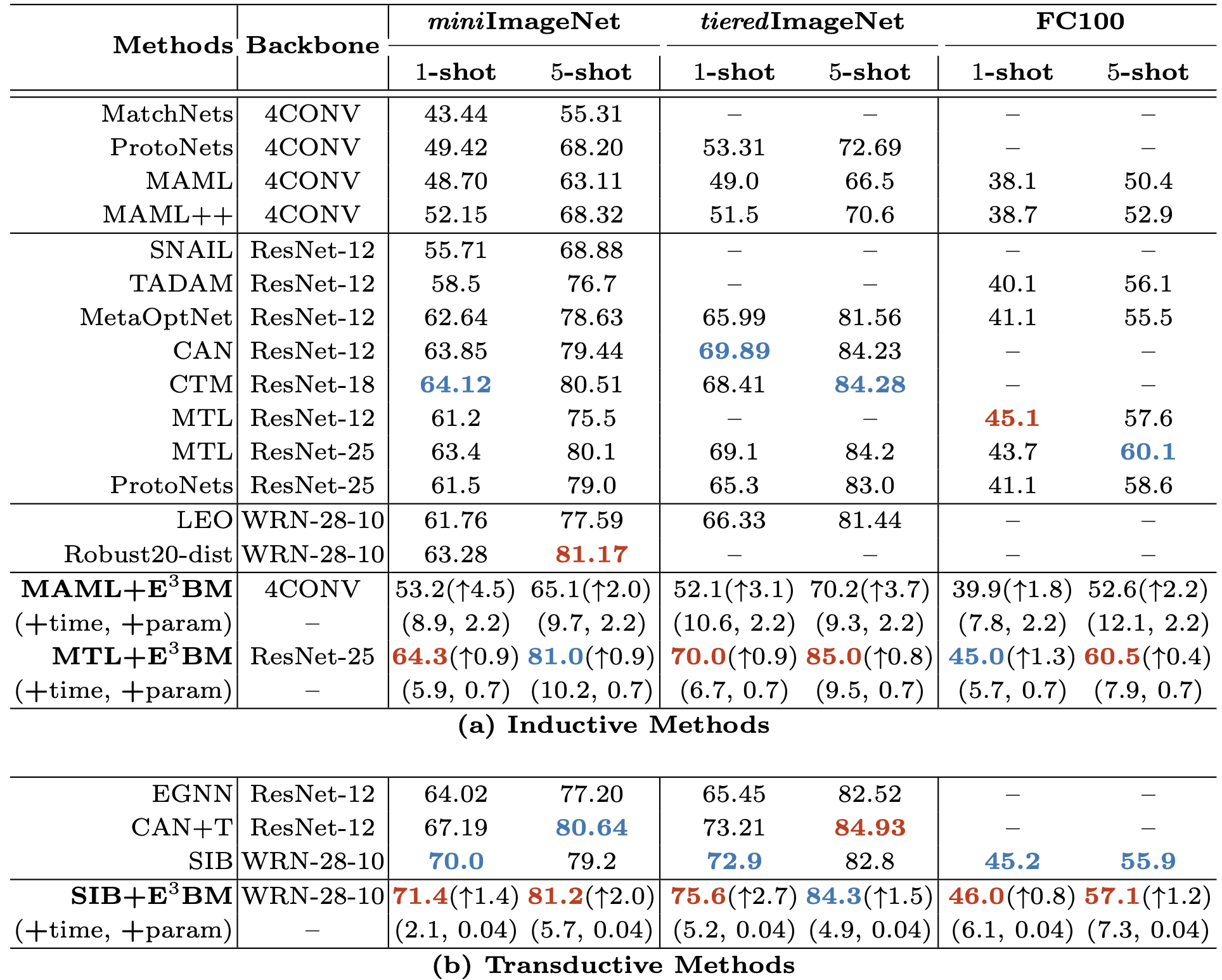 Please cite our paper if it is helpful to your work: